"We invite you to join us for a historic gathering of Walker Cup recipients during DePauw University’s May 19-20, 2012 Commencement Weekend.   This first-ever event uniting and honoring Walker Cup winners from across the decades is among the high points of DePauw’s 175th anniversary celebration." 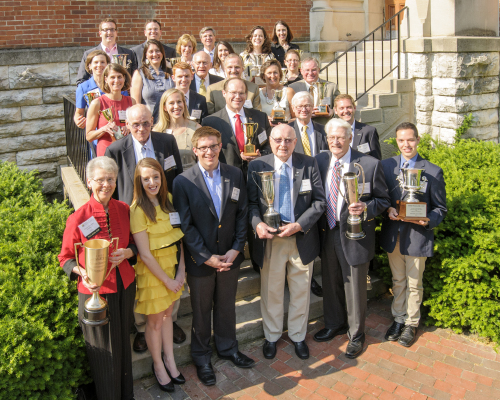 View the Photo Album from the May 2012 Celebration here.

"In a letter accompanying his gift, Mr. Walker said: 'The best traditions are preserved in making this award a cup rather than a cash prize, and I hope that in time it will come to be regarded as the greatest honor of the college course to be the recipient upon graduation of the Walker Cup.

If the students themselves will conscientiously exercise the responsibility put upon them of selecting that fellow student who through his or her college course has by good scholarship, good conduct and conscientious effort in college life and intercollegiate activities lived up to the best of DePauw traditions, and done the most to advance the fame and interest of Old DePauw, there will be no doubt about the character of the honor that will go with the awarding of the cup.' " 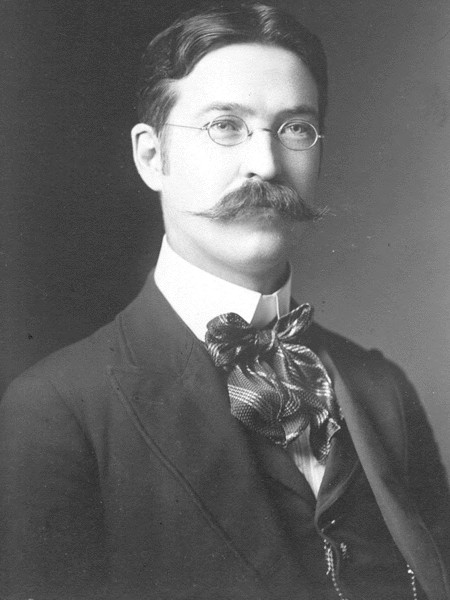 Mr. Guy Morrison Walker, lawyer and reorganization expert (A.B., 1890; A.M. 1893;  LL. B., 1891 - DePauw), made provision for the Walker Cup to be presented  annually to the member of the Senior Class who shall be determined to have done  the most for DePauw during his or her college course. Selection shall be made in  the following manner:

Each member of the Senior Class shall vote for that member of the class (man or  woman) whom he or she deems most worthy of receiving the cup and shall also  indicate a second choice, giving in each case his or her reasons for so choosing.

From the three receiving the largest number of votes in this nominating election, a  committee composed of the President and those members of the faculty who are  heads of departments shall select the one to whom the cup shall be awarded.  However, if in the opinion of the faculty committee no one of the three so  nominated is worthy of receiving the cup, then they shall withhold the awarding of  the cup for that year.

The Walker Cup winner is announced at the annual academic awards ceremony.

Yearly winners are also asked to speak at commencement.

Walker also gave funds towards an endowment which funds the Walker Horizon Lecture. 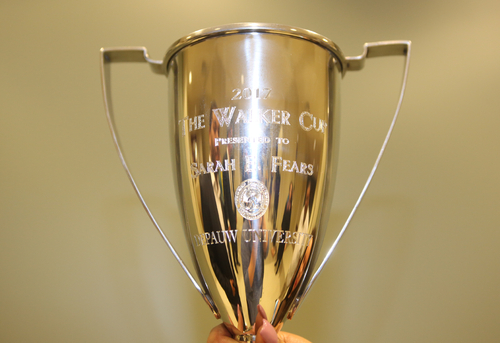