In the early spring of 1991, the long-awaited opening of DePauw’s multi-million dollar Center for Contemporary Media took place. The center’s opening brought together all of the university’s student-run media outlets under one roof, and represented a transformational moment for all of the student media on campus. The CCM provided students with enhanced technology and support that they had often previously lacked. WGRE was no exception as the station was relocated on campus for only the second time in its history. The move to the center allowed the station’s broadcast equipment to be updated from the outdated equipment used in the Union Building studio which in turn improved the signal quality and on-air product of WGRE. The new facilities of the Center for Contemporary Media helped WGRE to become known as one of the top college radio stations in the country during its next two decades of broadcasting. WGRE commenced broadcasting from its new studios on March 4, 1991. 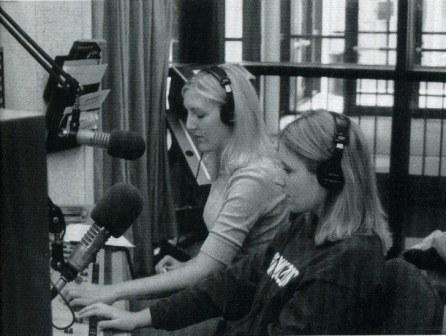 Just as WGRE was settling in to its new facilities in the spring of 1991, longtime engineer Bob Reeves retired from the University. Reeves’ contributions to the station over the years were immense, and he played a role in preparing the station and new facility for incoming Chief Engineer Greg Stephan. Stephan, more knowledgeable in terms of computer-based radio engineering, helped WGRE begin to make the slow move towards digital broadcasting upon his arrival. Though successful for the station, the early to mid-nineties were relatively quiet as these digital broadcasting changes began to take place and WGRE approached half a century of broadcasting. One major change which affected the station occurred in February of 1997. Because of extensive renovations to the Union Building at this time, WGRE’s broadcast tower was relocated to the roof of the Julian Science and Mathematics Center. The tower had remained at the Union Building after WGRE’s move to the Center for Contemporary Media, and was expected to stay at the Union Building permanently despite construction. However, with the construction of the McDermond Center on the north side of the building, the tower was moved unexpectedly. During a long hiatus from broadcasting over the air, WGRE continued to broadcast, though only through cable television. Though disappointing to the DJs and station staff who broadcasted to a much smaller audience during the interim, replacing the fifty-year old antenna was in the station’s best interests and simultaneously dealt with a potential safety hazard. At that time the station was broadcasting at 800 watts and has continued to do so since then. WGRE also began using a new media form, the World Wide Web, to supplement the station’s broadcasts. In the spring of 1997 WGRE created its first web page and began planning to stream its broadcasts online so that they could be heard anywhere in the world. Though this would take several years, it marked a significant milestone for the station as the radio industry began to enter a period of dramatic transformations. 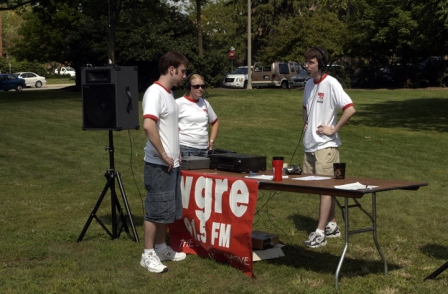 Though radio had been broadcast from DePauw’s campus for more than fifty-eight years, 1999 marked the 50th Birthday for WGRE. The station’s fiftieth birthday provided a perfect opportunity to reflect on the station’s history and the tremendous success WGRE had experienced since its initial broadcast in1949. A program featured remarks from student Station Manager William Froehlich, reflections of Herold Ross and Elizabeth Turnell, as well as a commemorative video. Alumni from around the country provided audio clips from their time on-air which were compiled and distributed on CDs featuring the best of WGRE’s broadcasts during the past half-century. The unique nature of a radio station like WGRE on any-sized college campus was celebrated, as was WGRE’s status as the largest student organization on campus with over two-hundred participants. 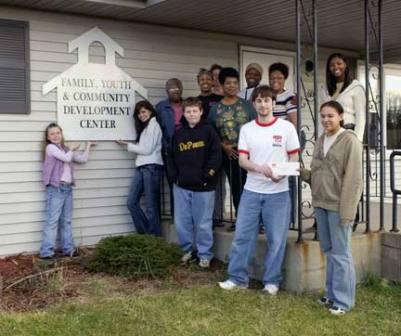 Despite moving into brand-new studios in 1991, the changing nature of radio necessitated that WGRE make significant technological improvements beginning in 2000. At this time, tape carts, cassettes and LPs were removed as the station’s primary playback forms and they were replaced in favor of computer-based and CD playback forms. The WGRE studios were completely renovated with new, custom-built furniture installed in the main broadcast studio and the station’s production rooms were updated to reflect these necessary technological changes. Additionally, a facility-wide computer network was installed which significantly improved the quality of work which could be produced for playback on-air, and enhanced the station’s archiving capabilities as well. These technologies also helped WGRE grow its audience. In 2001 WGRE began broadcasting internationally through its website after protracted negotiations with university administrators. Initially, Real Audio hosted the broadcasts, though this was switched to an IHETS server servicing Windows, Real and mp3 streams beginning in 2008. This also increased the number of listeners who could hear the station’s broadcasts. Over 300 listeners tuned into WGRE’s live stream at any given time during the 2008 Monon Bell Game broadcast, a station record. 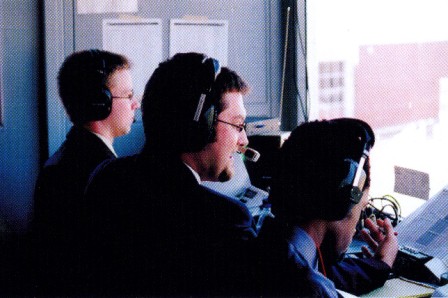 While improvements in radio technology helped WGRE’s broadcasts tremendously during the beginning of the twenty-first century, these efforts were subsequently being recognized through a number of awards bestowed on the station. WGRE has regularly ranked in the top 5 of the Princeton Review’s “Best College Radio Station” category, reaching the top position during 2001. WGRE was ranked #3 at the time of its 60th Birthday in 2009. MTVu also recognized WGRE as a member of the final four in their “College Radio Woodie Award” competition in the fall of 2008. Since the mid-1990s, WGRE has also received more than 100 awards from organizations such as the Society of Professional Journalists and the Associated Press recognizing journalistic excellence. Additionally, WGRE has maintained a commitment to the Putnam County community through the years with various philanthropic endeavors to support worthy community groups. As a result, WGRE has been recognized three times as a finalist for the National Association of Broadcasters’ Crystal Award, which recognizes service to the community. In 2009 WGRE again celebrated a significant milestone, its 60th Birthday. To celebrate the occasion, WGRE held a campus-wide birthday party in the Union Building and Academic Quad and was also featured in DePauw Magazine as well as The Banner Graphic for its longevity and successes. Undoubtedly, WGRE has had tremendous success during the past six decades. Thanks to the tremendous foresight of its first advisors and students, as well as the remarkable stewardship shown by those who have been involved in the station since, WGRE will continue to remain a unique feature of DePauw’s campus and an important part of its culture.