We’re pleased to announce a one-time, Lilly Endowment grant-funded program to purchase a limited amount of JSTOR ebooks published in the last three years for students to use as course materials.  As part of PALNI’s PALSave Affordable Learning program, the JSTOR for Course Material program provides another zero-cost option in addition to open textbooks. Once purchased, the ebooks are available for unlimited concurrent use, PDF downloadable, and are permanently owned by the DePauw Libraries.

This program will be launching in March and will be available as long as funds permit. You will find the ebooks when searching the library catalog with the collection title "Books at JSTOR Demand Driven Acquisitions." These items are available for immediate use, but funds are limited. If you see any ebook that you want to have purchased on behalf of your course, please use the library purchase request form. This will ensure the book is purchased and available for you and your students. We have created a form to report your use of low or no cost materials that we request you fill out here: https://forms.gle/8sa45kuVZMqDjNVH6 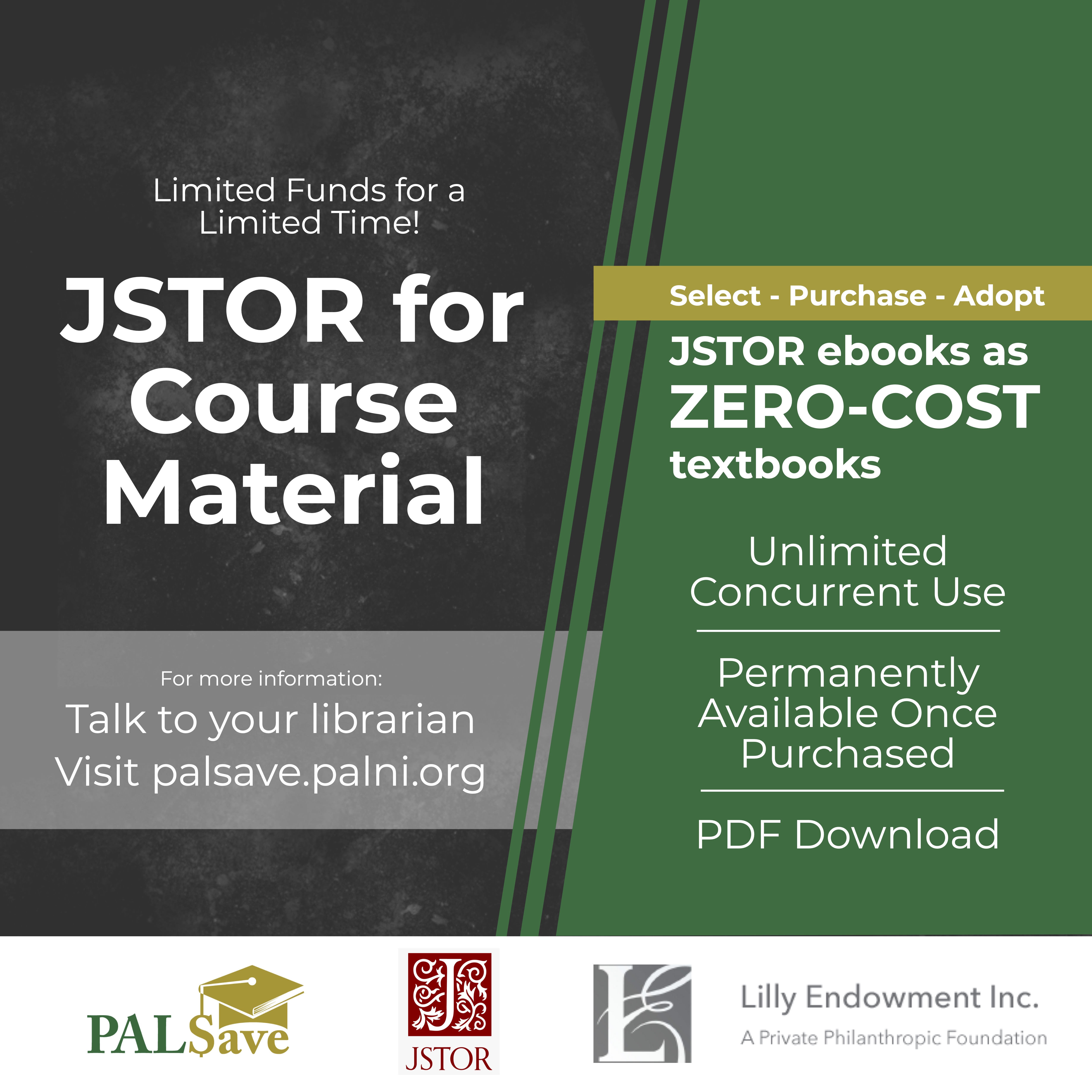 How to Search this Program

The link below is for the general JSTOR website. You are not able to search their ebook collection directly but any ebook titles you may find are available to you. After 6 chapter downloads the title is purchased and is then available for unlimited use.

Using this search box (select the eBooks tab) you can search the entire DePauw ebook collection through the library catalog:

Available titles from the JSTOR collection will show "Books at JSTOR Demand Driven Acquisitions" under the Database/Coverage as seen here: 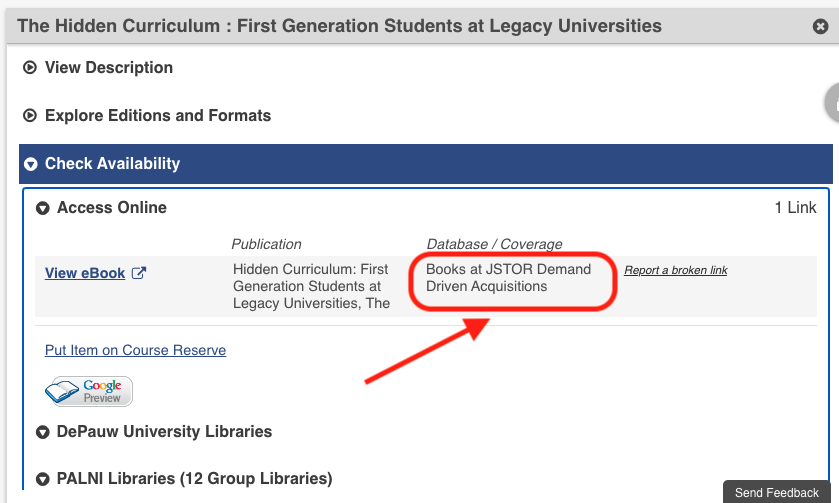